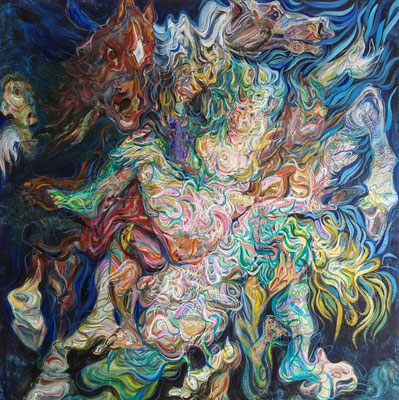 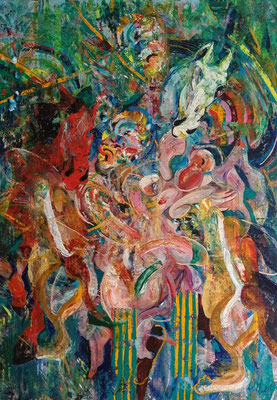 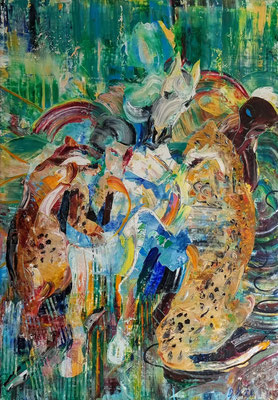 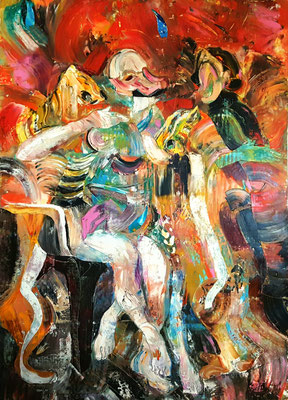 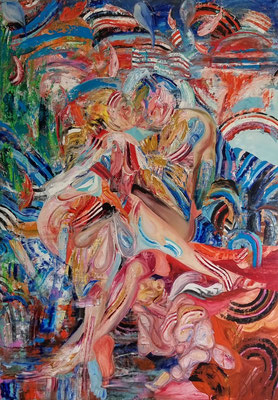 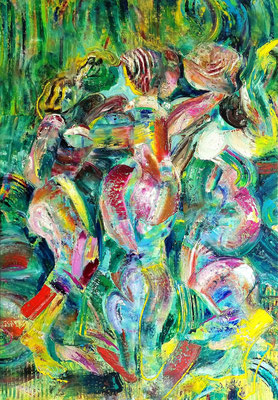 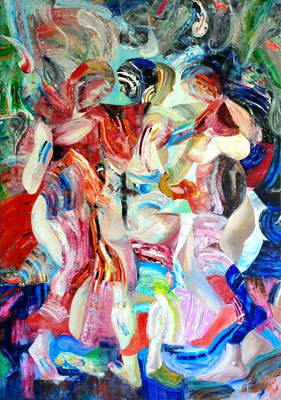 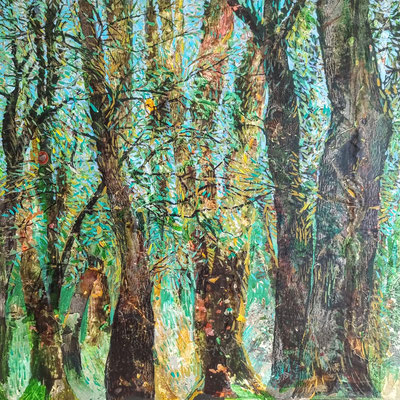 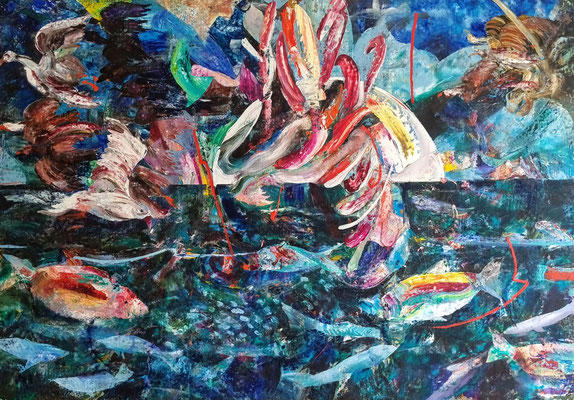 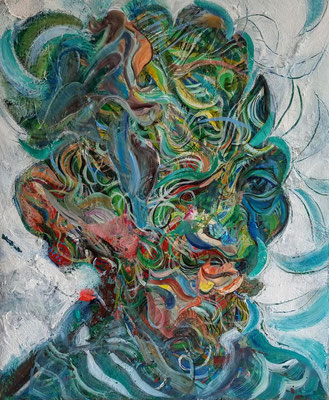 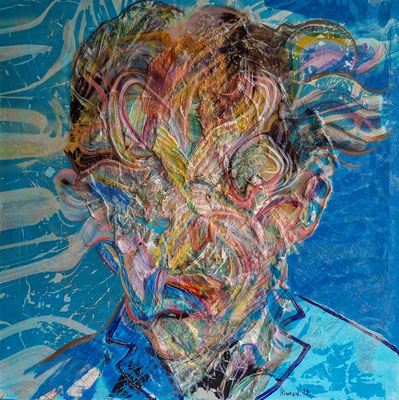 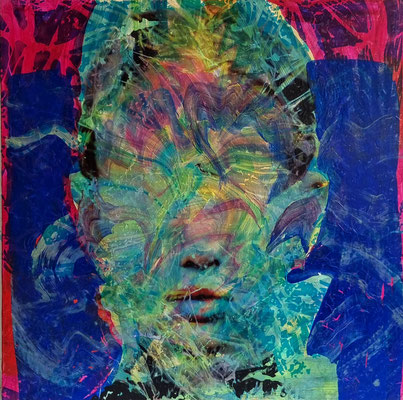 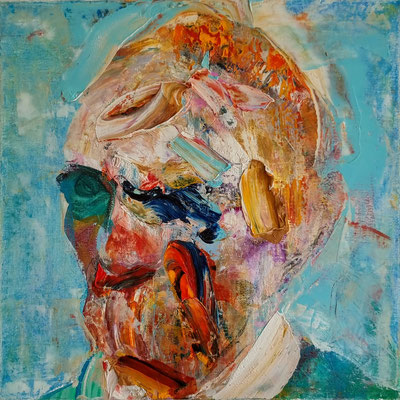 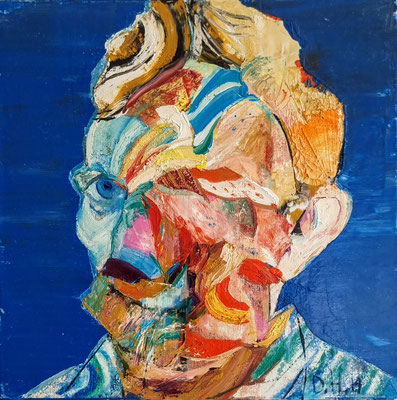 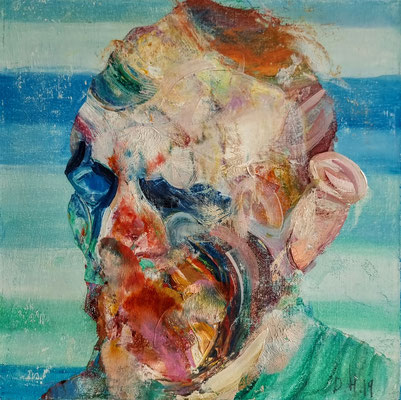 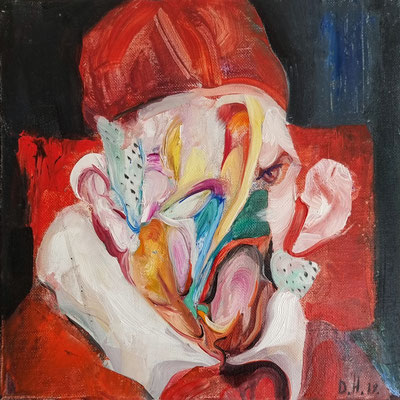 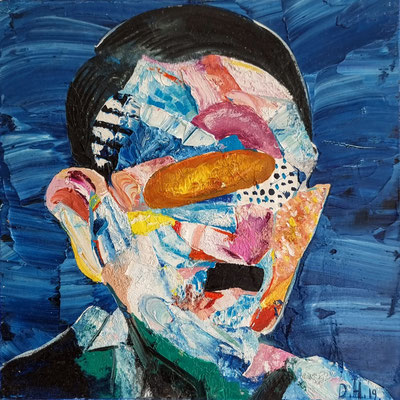 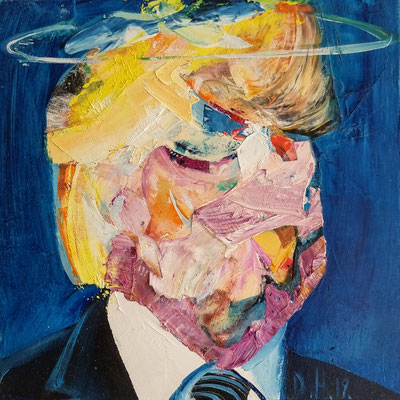 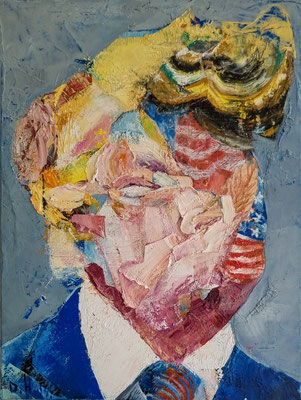 In paintings of strongly implied representationalism, Dimitar Hinkov explores the interfaces between abstraction and figuration. He experiments with different materials (acrylic, oil, pigment, resin, texture) on different surfaces. He often works out his themes, e.g. trees, faces, bodies, in whole series. In his latest series, he analyses the theatrical compositions of his favourite artists and paintings and transforms them into baroque, colourful, dramatic narratives.

Dimitar Hinkov, born in 1972 in Sofia, Bulgaria, is a third-generation artist. He made his first artistic attempts at the age of 4 in his grandfather's studio. He first attended the Academy of Arts in Plovdiv, later the National Academy of Arts in Sofia, where he obtained a Master's degree in painting in 1998. In 1998-1999, he received an artist scholarship at the Cité Internationale des Arts in Paris. In 2014, he received his PhD in art from the New Bulgarian University in Sofia. Dimitar Hinkov has received several art awards in Bulgaria, France and Spain. His works have been shown in over 60 solo exhibitions and 90 participations in galleries, museums and art fairs worldwide.